Back to shop
View cart
close 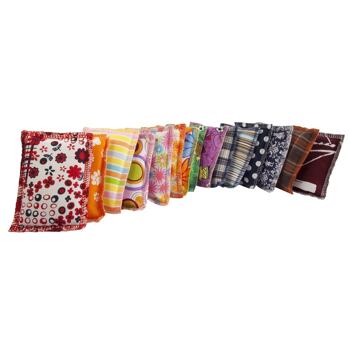 Small but fine - and with an aroma of valerian. For long hours of enjoyment sniffing and playing.

Small but fine - and with an irresistible aroma of valerian. The cotton wool Valerian Cushion ensures long hours of enjoyment sniffing and playing. Because of the soft filling and manageable size it can be seized between the paws, played with and licked or taken to be cuddled in a quiet place where your furry friend can take in the exciting fragrance of valerian in peace.

Valerian has a very stimulating effect on a lot of cats and ensures that the Valerian Cushion will be of interest for a long time.

Because of top quality processing the cushion with its tried and tested filling of pure valerian root and cotton wool fleece can stand long, ongoing cuddling sessions.A Valerian Cushion is manufactured to Oeko-Tex® 100 standards in Germany and packed there too. A Valerian Cushion to fall in love with - for both you and your cat.